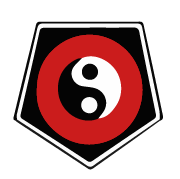 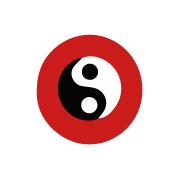 A Chinese style of Mixed Martial Art that blends multiple styles to form a practical combat system that is cohesive, effective and well rounded.

Learn the ways of Bac Fu Do

You will be taught practical, street focused tactics that work in real-world situations.

Bac Fu Do emphasises efficiency and practicality, not show!

As well as teaching traditional Kung Fu weapons such as swords, we also train in the use of everyday items such as sticks, canes, knives, tactical torches and more.

Your body is the true weapons platform!

Bac Fu Do will teach you how to gauge a situation and respond effectively to multi-attackers.

This includes use of street tactics, development of situational awareness, effective use of the street environment etc.

Bac Fu Do ground fighting is NOT the same as Ju-Jitsu groundwork. Instead of submission holds etc, we train you to use dynamic striking, kicking, take-downs and some grappling moves from the ground.

Developing effective footwork and power is absolutely essential for street survival - we teach you how to maximise your power and explosiveness.

All our instructors are experienced, government accredited, and covered by the Martial Arts Industry Association Insurance Scheme – all students are also covered by that scheme.

You can be sure you will receive quality instruction in a safe environment.

Sifu David Crook, has more than 50 years of experience and is recognised internationally for his innovative and effective approach to teaching combat tactics.

He was one of the first non-Chinese Australian to be taught Kung Fu and Blitz Martial Arts magazine called him “The Canberra Legend”.

In the 1970s, Sifu Crook pioneered Defensive Tactics Training at the Australian Federal Police College and has advised the Australian Army on Close Quarter Combat training. He has featured in numerous Australian and international Martial Arts publications.

Ben trains with the philosophy to be the best martial artist he can be and to teach others to be the next generation of martial art masters.

“Bac Fu Do is a complete combat system that allows me to defend myself in real world scenarios but also allows me the opportunity to train for competitive sparring against other styles.”
– Ben

Craig has 20 years experience in Martial Arts, he has practiced Bac Fu Do for the last 10 years, and before this Taekwondo and Muay Thai.

“What I have liked about Bac Fu Do is the ability to combine straight line and circular techniques seamlessly, as well as ground fighting which is of high standard in Chinese Martial Arts.

I instantly found the classes were a positive and ego free atmosphere, and an enjoyable place to train. Since becoming an instructor in 2014 I have fostered the same attitude in my training and teaching.”
– Craig

Drew has over 13 years training in Kung Fu, with 12 years at Bac Fu Do. He has NCAS Level 1 Sport Coach/Accredited Kung Fu Instructor and Senior First Aid.

He trains with the philosphy of preparing himself and students to be aware of (and to be adequately skilled to respond to) potential threats on both a psychological and physical level.

“Bac Fu Do is a comprehensive combat system integrating striking, kicking, grappling, ground fighting, multi-opponent fighting, and weapons - both traditional and improvised. It combines a highly effective self defence system with hand to hand combat tactics and strategy.”
– Drew

Pierre had his first foray into martial arts at age 5 and has continued on and off for the next 30 years. In addition to Bac Fu Do, He has experience in Judo, Karate, Tae Kwon Do, Fencing, Baguazhang, Xinyiliuhe and Tai Chi. He has been training with Bac Fu Do Kung Fu since 2004.

While he continues to study other martial arts, Bac Fu Do has provided a real world, practical application and experience-based context that complements all forms of martial arts. It provides a place to continue testing techniques and ideas, rather than being stuck in rigid structures and rules.

In addition to his own training, Pierre has a passion for teaching others, finding the best ways of communicating ideas, techniques and mechanics and watching people grow.

“Bac Fu Do really is Canberra’s original mixed martial art, and it continues to evolve as we study and bring new ideas to it from a range of sources and experiences. Its strength is its grounding in the real-world and continuous testing of effectiveness in reality-based scenarios. One of the great rewards is being able to contribute to this evolution and watch people grow in self-awareness, skill and their ability to defend themselves when confronted with challenging situations.” – Pierre

Bac Fu Do trains on Thursdays, 7 - 9pm, at the Holt Neighbourhood Hall.

Our training sessions are tailored to each student and their skill level, each session building on techniques week-to-week before moving on to more advanced movements and scenarios.

A typical training session will start with a Warm Up, focus on two or more areas of Bac Fu Do, and then a Cool Down - as described below.

We guarantee Bac Fu Do will test every inch of your body!

Each training session starts with a 15 minute full-body warm up and stretch. This is essential to avoiding injury, to promote blood flow to all areas of the body, and ensuring all joints have undergone full range of extension.

One on one, from the ground, and in group situations, we use padded bags to develop power and technique in our striking and combinations.

They allow students to safely explore their full range of power and fine tune their body mechanics. The aim is to develop explosive striking that is delivered through the bag.

Every technique should utilise the entire body!

Bac Fu Do utilises grappling techniques from Chin Na. Our tactics often involve manipulation of joints and muscles combined with nerve attacks to immobilise and control an attacker.

They are not sports-based techniques, but are highly effective and devastating applications based on sound anatomical science.

Being able to defend yourself while on the ground is an absolutely essential survival skill.

Bac Fu Do is primarily a combat system not a sports or tournament fighting style.

As such, realistic street scenarios, involving single or multiple attackers, common weapons etc are a common feature of training.

Although you will learn to use some traditional Chinese weapons, you will also be taught to use “modern” weapons (knives, clubs, walking canes, environmental weapons etc) and to defend against attacks using those common weapons.

After any intensive training session, we need to cool down physically, to prevent muscle soreness, and mentally to come down from a combat mind set.

People of all ages and fitness welcomed. Contact Sifu David Crook and join us today.